What is a stud?

A stud is a 2×4 piece of wood used for framing. It will take over 50 studs to build one Habitat house! During Phase 1 of our Trailhead Townhomes neighborhood development, we are going to build six homes.

Stud sponsorships are open to anyone! Individuals, churches, businesses, groups, organizations…everyone is welcome to participate!

Sponsor one stud for $50. Make your sponsorship payment to Habitat and we will give you a receipt for your donation. When the studs arrive on our build site in early November, we will notify you that your stud is here and ready to decorate!

You can join us for a stud decorating party on November 6 and November 7, from noon until 3:00 p.m. each day. If you are unable to join us on either day, you can take your stud home to decorate it however you want (within the guidelines)! You can write encouraging messages, prayers, even draw a picture for the future homeowners…be creative!

After the studs have been installed, you will be invited to see where your stud ends up on the build site.

Click on the button below to sponsor your stud.

If you’re ready to get on the construction site, bring your decorated stud and the Hammer Team will help you use it in some framing.

Want to sponsor more than 1 stud? Sponsor a wall!

It takes 10 studs to frame an entire piece of wall. You can sponsor 10 studs, ONE WALL, for $450. Perfect for large groups!

Leave your mark on Trailhead Townhomes! 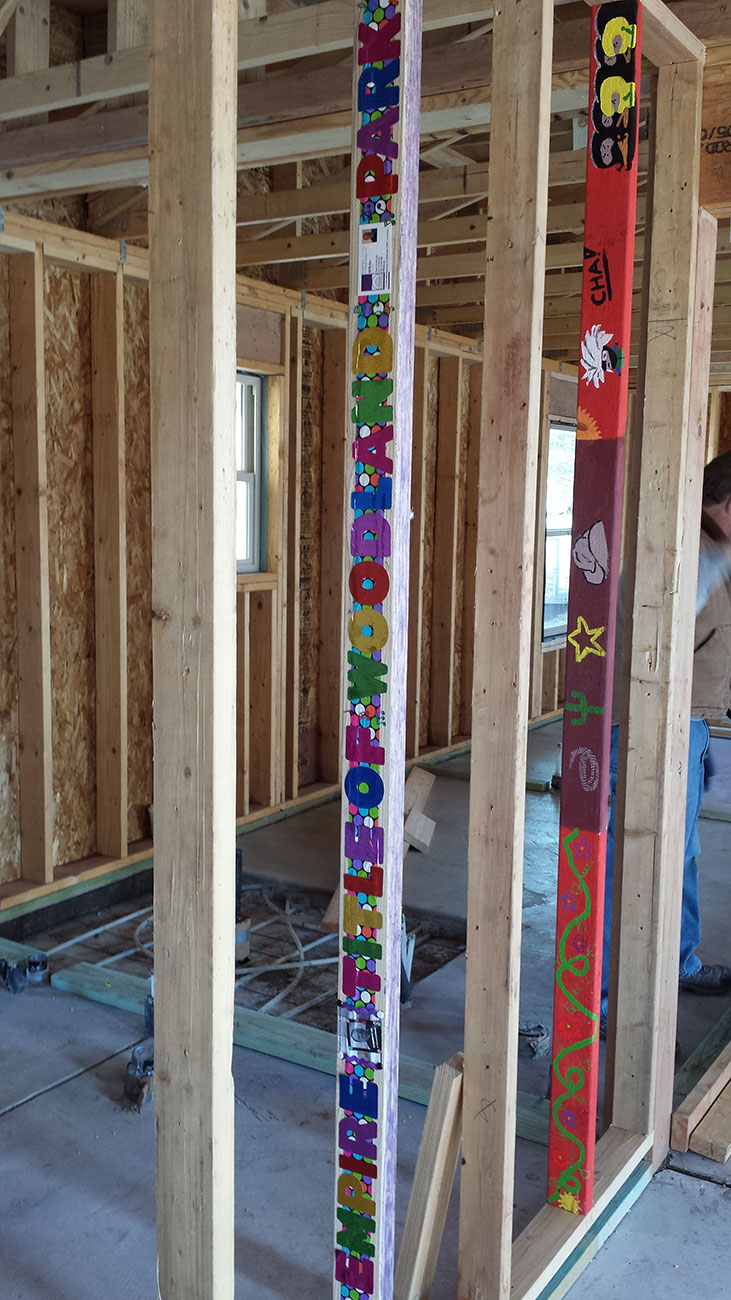