Get Ready for a Fabulous Night of Entertainment – Vegas Style!

We’re featuring some of the “Rat Pack” favorites in this year’s Stilettos & Studs benefit gala and charity auction – Marilyn Monroe, Dean Martin, and Frank Sinatra. The fun starts this Saturday, November 1. We still have some seats left, but they’re going fast. Log on here today to buy your tickets and get more details about the event. Check out these fabulous entertainers:

Marilyn Monroe – Marilyn Monroe will be portrayed by Princess, an award-winning actress, singer, dancer, and comic. Princess has performed twice on Broadway and has appeared in several films, including one for which she received an Emmy Award. Over the past 23 years, Princess has entertained many audiences in the Denver area with her celebrity impersonations and comedy routines. She also tours around the country to perform her albums. She operates three dance studios and famously choreographed the Michael Jackson Tribute (“MJ”) tour out of New York. Princess loves to perform and is always a delight to watch! 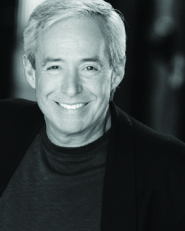 Dean Martin – Steven St. James will star on our stage as Dean Martin. Steven has appeared on Perry Mason, Father Dowling Mysteries, and Diagnosis Murder with Dick Van Dyke. His live stage performances include Henry II in “The Lion In Winter,” Pontius Pilate in “Jesus Christ Superstar,” Sky Masterson in “Guys and Dolls” and Dracula in “Dracula The Musical?”. He also studied in New York City with The National Shakespeare Conservatory. Steven makes his living acting in radio and television and industrial films for such companies as Coors, Sports Authority, Hewlett-Packard, The Colorado Lottery and McDonald’s. You won’t want to miss his remarkable impersonation of Dean Martin! 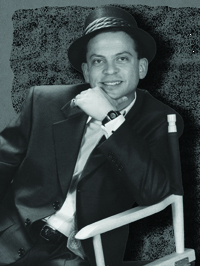 Frank Sinatra – Danny Wein is widely recognized for his unique ability to capture the voice stylings of Frank Sinatra. He grew up listening to Sinatra songs and has portrayed the singer to great acclaim since the 1980s. His voice naturally sounds incredibly similar to Sinatra’s and he has polished the act over the years with great success. His is not so much imitation as it is just great vocals in that recognizable style. Danny has performed throughout Colorado at numerous galas and events, busy night clubs and restaurants, enchanting audiences with his uncanny ability to capture the personality, flavor, tone, humor and vocal talent of “The Chairman of the Board.”

All proceeds from the Stilettos & Studs event will benefit Habitat for Humanity of Teller County. It’s one of the fun ways you can get involved in our efforts to build homes, lives and hope in this community.